Do it Now Now’s initiative, Common Call, set out to achieve something that many people in the impact sector thought impossible; persuading trusts and foundations to reconfigure their funds to create new Black-led specific funding pots, and for those funds to operate in tandem with other programmes open to Black-led organisations.

​Prior to Common Call’s existence, funding to Black-led charities and social enterprises in the sector was commonly restricted to large, well-resourced, mainstream organisations, with evaluation teams and the capacity to maintain relationships with funders. The Common Call fund stands as a bold new fund, representing a significant change in direction.
Read the report
In the pilot phase of Common Call (Fund One), a total of 16 organisations received funding worth a total of £50k. For a sector unused to onward grant distribution through Black-led intermediaries, this was a significant achievement. The funded organisations supported service-users over a period of 6 months, at the peak of the pandemic. This led to diverse outcomes for their communities including, improved general wellbeing, reduced hardships as well as fostering social integration during a period where lockdown measures strained social connections.

Following the success of the pilot, Common Call received further funding of £300,000 from Comic Relief’s Global Majority Fund. A total of 836 organisations expressed interest in the funding call once it was launched. This funding would allow grantees to make a significantly larger impact, by further supporting service users, and expanding outreach into their communities.
The Common Call Fund Two report shares insights on these charities and social enterprises previously unknown to the sector.

Looking forward, Do it Now Now is uniquely positioned to continue leading the connection between Black-led charities, social enterprises, and funders. The organisation navigates the expectations and experiences of all parties, and seeks to address the most pressing needs in the UK’s Black community. 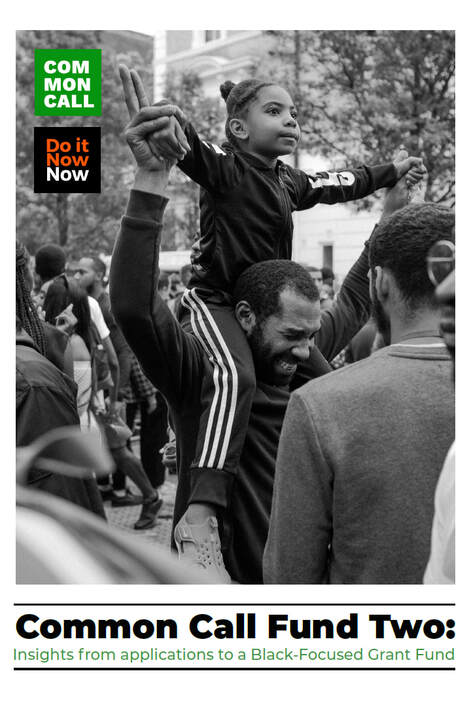